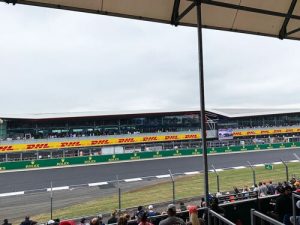 Formula One (F1) racing has a long history that stretches back to 1950. Within those past 70 years, British drivers have had fair representation in this popular motorsport competition. But who are the most successful British F1 drivers of all time? In terms of numbers, more than 160 British drivers have taken part in F1 competitions, waving the colours of the British flag. Out of that number, only ten drivers boast winning world championships either once or multiple times. All in all, British drivers have won motorsport world championships about 18 times. But what are the big names behind the numbers? Here is a look at the most successful British F1 drivers throughout the ages.

An accomplished F1 driver who didn’t win the world championship but still left a lasting impression in the world of Formula One racing. Stirling Moss won 16 races and 16 pole positions; a hero of his time (1951-1961). The 4-time runner-up came close to winning multiple driver titles on numerous occasions. He was known as a man of speed, driving fast through any track he took. He won less than half of the races he took part in, but the British Grand Prix was won by Moss on no less than two occasions. It is no wonder he became a UK racing celebrity and star in Formula One history, and Clover Autos very own Ronnie is proud to have worked for this legend.

Button will forever go down in history as one of the most accomplished Formula One British drivers. His character resonated well with the masses, long before he made history in 2009 by emerging as a world champion. Full of great personality and an amazing sense of humour, Button is a household name when it comes to motorsport. His 2006 Grand Prix accomplishment earned him international followers and placed him on a path to victory. Barely three years later, he was crowned a world champion in Melbourne, Australia. Button then went on to shock the world with more Grand Prix victories. After winning multiple races, he went on to sign a contract with McLaren.

As a fearless hero and a lover of the game, Clark bagged up wins in 25 races and accomplished 33 pole positions during his Formula One days. Sadly, he didn’t live long enough to set more records. Jim Clark passed away in 1968 after getting involved in a fatal accident in Germany. Prior to his untimely death, no F1 driver had statistics that could match his records. The world championships he won in 1963 and 1965 could have been topped up with more wins if he had been able to continue his career. The Times wasted no time in rating Clark as “the greatest F1 driver the world has ever seen”. While some people think that view is debatable, there’s no doubt that Jim Clark is irreplaceable in the world of Formula One racing.

Graham Hill’s race career stats can be summarised as 14 race wins, 2 world championships, and 13 pole positions. He is inarguably one of the pioneers of British F1 race driving. With his rich, elegant driving skills, Hill’s achievements in the driver’s championships were well-deserved. The 2-time world champion had a successful career that spanned 17 good years. Hill also holds records as a winner of the Triple Crown of Motorsport. For someone who hit the road running even in his 40s, Graham Hill is one of a kind, and his name will always make the list of Britain’s greatest F1 drivers.

Nigel Mansel also qualifies to be on the list of the greatest British F1 drivers through the ages. While he achieved many F1 race victories in his career, Hill outnumbers him by just one world championship. However, Mansel is a winner of 31 solid races; Hill boasts 14. Modern days have witnessed advancements in F1 race competitions, but Mansel was a rare driver who displayed top-notch performances even during the last years of his successful career. He was in the Formula One game for a record 15 years, and his 1992 world championship win was a master class. During his championship-winning year, Nigel Mansel won all the 1st five races of the season; he then topped that up with four more wins in the later phase of the season. Only heroes deliver such results.

You can simply call him one of the best Britons ever to reach great heights in F1 competitions. Stewart is often rated as the 2nd most successful British F1 driver, after the world-acclaimed champion Lewis Hamilton. Apart from winning world champion on three occasions (1969, 1971, and 1973), he’s also a winner of 23 races and 17 pole positions. Even though he didn’t defend his title wins, he did stay on top of his game before retiring. And while he has hung up his racing gear, Stewart has been campaigning actively for safety improvements in the Formula One industry. The over 79-year-old legend lives on.

To date, Lewis takes the lead as the greatest British F1 driver — perhaps of all time. During the 2018 Mexican Grand Prix, Lewis Hamilton reached a milestone in his racing career by becoming the 3rd F1 driver in history to win five world championships. Throughout Formula One history, only two drivers have won as many championships as Lewis. They are Michael Schumacher – who beats Lewis by two championships – and Juan Manuel Fingo, who also has five world championships. As a young man of 35 years, Lewis is still aiming to go extra miles in race driving, and hopefully achieving his big dream will add to the 84 pole position records he already has. However, the Briton still has a long way to go if he wants to beat Michael Schumacher who is ahead of him in the competition.

While the UK has produced hundreds of F1 talents, the above big names stand tall in the history of race competitions. Others like Mike Hawthorn, Damon Hill, and James Hunt also achieved great things during their careers.